Our volunteer webelves are slowly but surely getting the video recordings from Doxacon Seattle 2021 available for viewing over on our YouTube Channel. The latest addition is Tim Brown’s thought-provoking “Killing Baby Hitler.” Check thou it out:

Also, we’re always looking for ways to stay connected throughout the year. Please sign up for our newsletter (in the right sidebar or on the Contact page), or join us on Facebook (we have a Page for news and updates, and a Community Group for hanging out and getting to know each other), or follow us on Twitter!

In addition, we have a writing group where we share our works-in-progress and offer constructive feedback. If you’re interested, join us over on our Discord server. Our next meeting will be on Saturday, May 22. More details on Discord. Hope to see you there!

Appropriately for the season, the admin side of the website died over the weekend; but with the help of tech support it’s live again as of this morning!

Oh… maybe not this sort of return from the dead…

Part of the problem seems to have been our old “Theme”; so we’ve updated the Theme. Since we had to do this at the last minute, there may still be some minor glitches in the transition. Further, since we didn’t have time to consult widely, we’re open to input as to how to update the website further.

For both those reasons, please let us know (in the comments!) what you would like to see in our website! What features would you like to see? Are there any problems across platforms? Are we missing any information or functionality?

Thanks for your feedback! And happy Pascha and Easter!

Indeed, He is risen! Happy Pascha to all who celebrate today!

(For you on the Gregorian calendar, well, it’s still Easter season, so happy Easter to you too!)

We’ve posted another video on our YouTube channel. Check it out:

Hey Friend. Yes, you. Do you like stuff and things? Doxacon Seattle has a Redbubble store where you can buy STUFF! AND THINGS!

Check out the store for more stuff with the design from Doxacon Seattle 2021.

(If anyone is interested, next year we can even make a shower curtain!)

Did you miss Doxacon Seattle 2021? Was there a talk you wanted to revisit? We’ve just launched a YouTube channel where we’ll be posting talks from the con, and maybe additional features as the summer progresses! You can subscribe here (and also click the bell icon to receive notifications when we drop a new video), or just start watching with the Akathist below!

We hope you had a great time at Doxacon Seattle 2021!
We did too! Now we’re planning next year’s Doxacon, so here’s a quick update:

Thanks for a great Doxacon!

We had a great time today, and it sounds like you did too! Thanks!

Thank you for your patience with our technical glitches!

Thank you for your questions for our presenters!

Thank you for your great conversations on Discord!

Thank you for your faithfulness and your fandom! You made today a joy and a delight! We hope to see you at our next Doxacon Seattle event!

It’s almost here! We have finalized our schedule (see below; all times are PST) and are looking forward to seeing you all on Saturday!

It’s not too late to get tickets! Invite a friend and join the fun!

If you already have tickets, watch for an email with links and passwords to give you full access to the sessions, vendors, and more!

It’s been a bit since our last post here — the holidays have been a little more tumultuous than expected this year. But we have a great slate of speakers and sessions lined up for Doxacon Seattle, and we’re excited to introduce them to you!

In addition, the day will include:

We’re still hammering out the details on the schedule, but we’ll get exact times to you as soon as we’re able.

In the meantime, let your friends, family, and fellow geeks know what we’ve got planned! Get your tickets, and get ready for a day of fantasy, faith, and fun on January 30!

Meet our Clerical Keynotes for 2021: Frs. Augustine and Marcin! 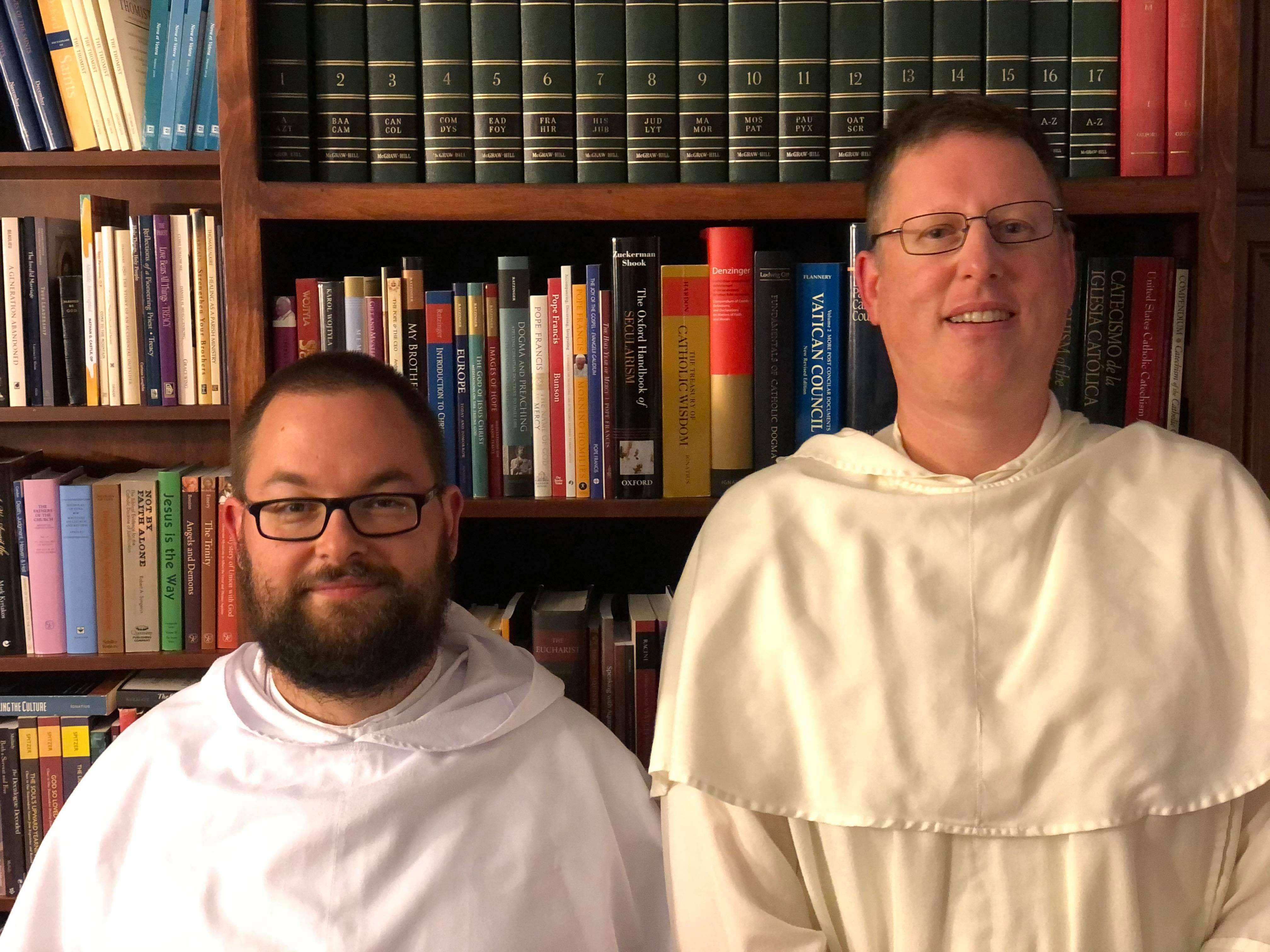 The idea of prophecy is one of the most common tropes in pop culture, but not many know its origins in the Christian tradition of the West. Frs. Augustine and Marcin are excited to bring some light to the history of prophesy in the Bible and Christian history, as well as comparing it to popular portrayals in modern fantasy, especially in Tolkien’s Arda.

Fr. Marcin was born in Poland and entered the Domincan order in 2004. He is an avid player of strategy games both on tabletop and computer platforms, and is most interested in Tolkien’s Arda universe and the Warhammer 40K universe. He currently serves as Associate Director at Prince of Peace Catholic Newman Center at the University of Washington (uwnewman.org).

Fr. Augustine Hilander, OP was born in Southern California amid the sun and surf. He grew up without any set religion, but attended Thomas Aquinas College, met St. Augustine, and became a Catholic. He entered the Dominican order in 2000 and has ministered in Oregon, Alaska, California, and Utah. He is currently the religious superior for the Dominicans at Blessed Sacrament Priory in Seattle and works with the Dominican Laity in the Province.